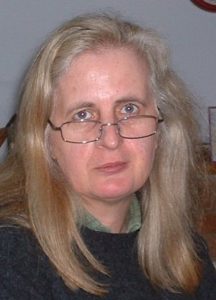 Deborah chose to join us in 2018 and had previously estabished the Cranmer Company of Singers which has made well over 80 Cathedral visits within the U.K.; and together with the Cranmer Chamber Orchestra put on many concerts in venues ranging from Southwell Minster and Belvoir Castle to local Churches and village halls. She has attended overseas festivals in Italy and Gozo; been invited by the Mayor of Avila in Spain to sing in their beautiful Cathedral and city; been invited to sing in Finland, hosted by a Finnish choir and has raised in excess of £35,000 for charities through her music making activities.

Deborah established the Good Friday Charity ‘Come & Sing’ annual events at Bottesford Church, attracting as many as 190 singers from many counties each year to raise funds for those in need.
Deborah also directs the semi-professional Chamber Choir, Cantica Viva. This choir of music teachers, organists and conductors meets once a year to sing at Cathedrals within the UK and sang to great acclaim at the choir’s inaugural weekend at Bath Abbey in 2018.
Deborah has recently taken on the positions of Associate Director of Music for the Radcliffe Male Voice Choir and Director of Music for the Old Dalby Singers.
She also creates a small Children’s Choir each year to sing at local village Christmas concerts and services.
Deborah’s qualifications include: M.A. in Music Psychology; B.Ed.; Music.Tch.Cert.; Associate of the Royal College of Music in Organ Teaching; Dip.Tch.in Ec./Geog.; Certificate in Social Welfare Law.. 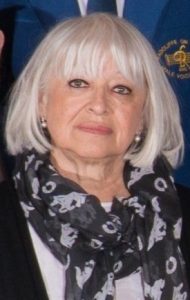